North Carolina has its share of earthquakes, but large, damaging seismic events are infrequent in our state. In New Hanover, we see the occasional tremor, but feel tremors from areas outside of our state more often than not.

Being ready before an emergency makes it easier to not have to go out when conditions might be dangerous.  If you can take care of minor injuries on your own, it lessens the burden on urgent care centers and hospitals as well. 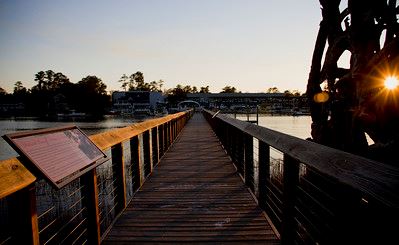 James Fenimore Cooper once wrote about a

"...sound resembling the explosion of a heavy piece of artillery, that can be accounted for none of the known laws of nature.  The report is deep, hollow, distant, and imposing.  The lake seems to be speaking to the surrounding hills which send back the echoes of its voice in accurate reply."

While he was penning the story "The Lake Gun" about similar sounds from Lake Seneca in upstate New York in 1850, coastal North Carolinians have been hearing these mysterious booms for more than 150 years.  Some times they are powerful enough to rattle windows, vibrate buildings, and feel like a small earthquake!  But there is nothing (seemingly) geological about these odd noises...they are not earthquakes, they are not sonic booms from military aircraft exercises in the area, they are not building explosions.  It has stumped scientists for years...but there are some pretty cool theories and stories that go with them!  Perhaps they are atmospheric phenonema with space rocks...perhaps they are ghost ships from the days of Blackbeard or even the Civil War battles at Fort Fisher.  We just don't know!  But, if you hear (or feel) one, be sure to report it to the US Geological Survey .

Here are some news stories from our region on the phenomenon.

If an earthquake happens, protect yourself right away!

Wherever you are, drop down to your hands and knees and hold onto something sturdy. If you’re using a wheelchair or walker with a seat, make sure your wheels are locked and remain seated until the shaking stops.

Cover your head and neck with your arms. If a sturdy table or desk is nearby, crawl underneath it for shelter. If no shelter is nearby, crawl next to an interior wall (away from windows). Crawl only if you can reach better cover without going through an area with more debris. Stay on your knees or bent over to protect vital organs.

If you are under a table or desk, hold on with one hand and be ready to move with it if it moves. If seated and unable to drop to the floor, bend forward, cover your head with your arms and hold on to your neck with both hands.

There can be serious hazards after an earthquake, such as damage to the building, leaking gas and water lines, or downed power lines.

Once you are safe, pay attention to local news reports for emergency information and instructions via battery-operated radio, TV, social media or from cell phone text alerts.

Info on Earthquakes from Ready.gov in: